These days I’m enjoying discovering beautiful music for flute and strings by Haydn and Boccherini for a concert with Elektra Ensemble at Reykjavík Arts Museum, Kjarvalsstaðir on Sunday 23 March http://listasafnreykjavikur.is/desktopdefault.aspx/tabid-2185/3362_read-38208 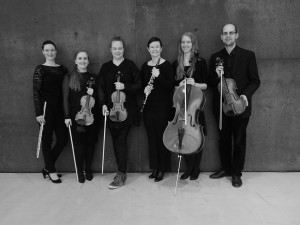 A four star review in Morgunblaðið on Portrait: “Beautifully sounding Christmas present. … Her sound is immensely beautiful without excessive vibrato, razor sharp when needed, as well as remarkably well in tune …” 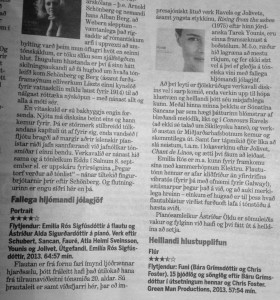 Portrait has received three nominations for the Iceland Music Awards 2013 as Album of the Year in Classical and Contemporary category, Producer of the Year (Bjarni Rúnar Bjarnason) and Cover of the Year (Helga Gerður Magnúsdóttir) http://iston.is/nominations-2013/. 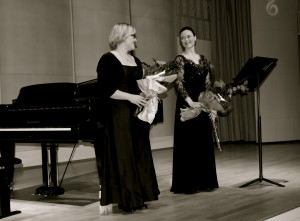 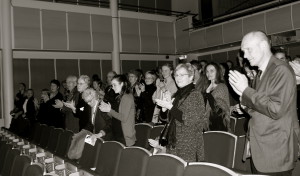 Portrait has arrived and will be  available in the next couple of days in all major records store in Iceland, distributed by Kongó www.kongoshop.com. A big thank you to Ástríður Alda Sigurðardóttir, Bjarni Rúnar Bjarnason, Georg Magnússon, Helga Gerður Magnúsdóttir, Rut Sigurðardóttir and my family who made it all possible! 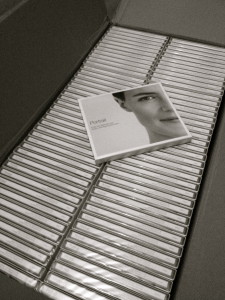 Portrait, Emilía’s debut CD is pre-released today on www.tonlist.is. It will soon be available in all major record stores in Iceland. 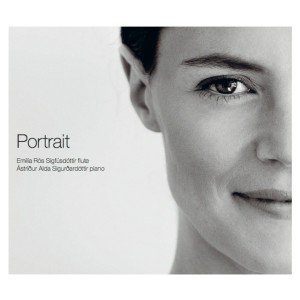